Thailand, a fascinating country that offers an exotic and millenary culture, together with dreamy beaches. In Thailand are mixed gold, the high needles of chedis, jade, oriental pleasures and Buddhist teachings that nourish the Thai spirit, with the ubiquitous massage rooms and the fantasy show that opens every day at the fall of late. This strange dance, where the contrasts converge, as if it were the ends of the same string, is only possible because of the open spirit of those who inhabit these lands. Thailand is, in addition to smiles, the kingdom of tolerance.

Thailand is located in the heart of Indochina (the easternmost of the three great southern peninsulas of Asia) and has borders to the west and north with Myanmar (formerly Burma), to the northeast with Laos, to the east with Cambodia and to the south with Malaysia

The thai established small principalities among the Mon, Khmer and other ancient settlers, so the artistic expressions, properly Thai, are the product of these encounters. Art also interprets the traditions of China and India, although it keeps its differential features alive today. Culture is intimately related to religion, which is why Buddhism has been an inspiration since its inception. The traditional music of the central part of Thailand offers a rich range of melodies and tempos. The classical orchestra uses its own instruments, like the pii, of wind, the phin, similar to a guitar, the ranaat ek, of percussion and similar to the xylophone, and the khlui, a wooden flute.

One of the most striking is the khawng wong yai, a series of gongs of different shades arranged in a semicircle. Thai architecture laid its aesthetic foundations from the fourteenth century and has been consolidating until today in dazzling works capable of combining sobriety with virtuosity, from its monasteries to its palaces and civil works. Architecture is considered the highest expression of art and creates and adapts structures where people eat, work, pray and sleep. Throughout the year Thailand is a party. With the festivals and shows that take place in large numbers throughout the country you will discover another feature that characterizes the Thai people. The date of these events varies from year to year, as they are governed by the lunar calendar.

As in most eastern countries, thai are characterized by hospitality, tolerance and good humor. In general, they have a modest and friendly education and their cultural base is evident in almost all facets of daily life.

Thailand is a paradise for lovers of good cuisine. The whole country is a territory of aromas and flavors that captivate the most demanding of the gourmet. The richness of its ingredients, the gastronomic creativity, the delicacy in the presentation and the goodness of the dressings make the Thai cuisine, one of the most exotic of all east. Thai food is always accompanied by rice and usually consists of four or five dishes, cooked with spices: chicken, beef or prawns with curry, pork or roasted chicken and accompanied by delicious soups of fish and meat.

This fascinating city is located on the banks of the Chao Phraya River, in the heart of the Indochina Peninsula. It rises in a millenarian crossroads of trade routes and cultural exchanges between East and West and has assumed in the last decades a frenetic impulse towards the most avant-garde modernity. It is exotic, tempting and probably there is no other city in Southeast Asia that provokes such conflicting feelings. Recommended visits:

Temple of the Emerald Buddha

The temple of the Emerald Buddha stands out for its golden chedis, pilasters with mosaics and rich marble pediments. The royal chapel, slightly elevated on a marble terrace, is surrounded by elephant and dancing statues. Inside, a 65-centimeter tall Buddha statue is protected by a glass urn. Actually, it is carved in jade, but its color has made it look emerald.

It was built in 1782 as the residence of the royal family. Surrounded by the walls, it houses Thai buildings and some Renaissance or Victorian style. Except for some anteroom, the Grand Palace remains closed to the public and today is only used by the king for certain ceremonial occasions, such as the coronation.
Wat Pho or Temple of the Reclining Buddha
It is the oldest temple in Bangkok and the largest in Thailand. It has the largest collection of images in the country (the galleries that unite the four chapels expose 394 Buddha figures) and in its northern part stands a reclining Buddha 46 meters long and 15 meters high.

Wat Traimit or Temple of the Golden Buddha

The place dates from the 13th century and has its best attraction in the colossal solid gold statue of a seated Buddha. This sculpture weighs almost six tons and measures three meters high. It is a perfect example of the elegant Sukhothai style and shows the typical features of the time when this city was the capital of Thailand.

A recommended excursion is to cross the Chao Phraya by ferry to visit the Wat Arun or Temple of the Aurora. Built in what was the Royal Palace when the capital was in Thonburi, this majestic building is decorated with ceramic tiles and pieces of Chinese porcelain from old vessels and tea sets. It stands out for its large central tower 82 meters high, the highest in Thailand.

76 kilometers north of Bangkok. It was the capital of the Tai kingdom for more than 400 years until its destruction in 1767. In the 17th century it became a major international port with important commercial activity. At present it is a huge extension covered with numerous ruins of temples and palatial buildings. The beauty of the place is such that Ayuthaya was declared a World Heritage Site by UNESCO. Among the tourist attractions is the Bang Pa In Palace, the Chedi of the Suriyothai Queen and the Wat Yai Chai.

80 km west of Bangkok. It is one of the best floating markets around Bangkok. Early in the morning, the narrow canals are filled with small boats with fruits and vegetables sold by local women. The market is very colorful and has a great atmosphere, but all activities end at 12.00, so it is necessary to leave Bangkok very early.

To travel to Thailand and Cambodia, a passport with a validity of at least six months is essential. In Thailand citizens of the European Economic Community do not need a visa to enter the country, but to enter Cambodia. Cambodia visa will be shipped from Spain through our travel agency for which it will be necessary to send the photocopy of the passport to the agency and a passport photograph in the last six months. Cambodia visa costs 20.00 euros. When you arrive at immigration you must fill out the cards that will be provided by the airline personnel during the flight before arriving at your destination. Do not forget to collect your passport at the end of your stay at each hotel.

The official currency in Thailand is the Bath and in Cambodia the Rail. The approximate value of a Euro is 40 Bath or 5300 Rail, but the price varies constantly. The Euros are accepted in all banks, but it is more advisable to carry US Dollars (USD) that are recognized everywhere. The use of credit cards is common in almost all shops and hotels.

The baggage allowance is twenty kilos and any excess has an additional fee. Only a handbag or small suitcase is allowed inside the plane. Losses or breakages of luggage during flights are the sole responsibility of the airlines and must be declared at the airport when disembarking from the plane. In order to recover lost luggage or to obtain compensation from the insurance company, it is essential to present the baggage claim. The use of identification cards in suitcases is highly recommended.

Both Thailand and Cambodia are tropical countries with very rainy climates. The months of the monsoon go from May to July, although it can rain copiously at any time of the year. It is highly recommended to wear very comfortable and light clothing, preferably cotton. Long pants and shirts, preferably also long sleeves if you want to avoid mosquito bites. The footwear should be strong but cool, sports or trekking boots. Raincoats and umbrellas will be necessary at some point. Do not forget a sweater or jacket for the nights that can be cool. A hat or a hat, a swimsuit and sunglasses are also useful.

The basic vaccinations for all travelers in Southeast Asia are tetanus and diphtheria, typhoid fever, hepatitis A and prophylaxis against malaria. But as the situation changes constantly, it is best to attend to the recommendations that will be made at the International Vaccination Center in your city.
We must also take into account certain precautions, especially with water, unpeeled fruit and raw vegetables. Do not drink tap water, only bottled water. Do not forget the personal kit. It is also advisable to include a product against intestinal disorders that, if present, are usually mild and disappear in a short time. Do not forget anti-mosquito lotion and sun protection. Against mosquitoes it is also advisable to go covered, with sports shoes or boots, thick socks, long sleeves and something on the head. 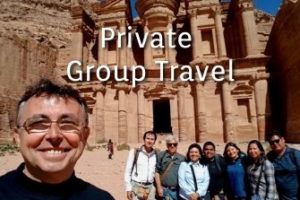